Population ageing is a key challenge for all highly developed societies over the coming decades and will have a major impact on the economy. But where exactly do the elderly live? To efficiently target the ageing population, it is of utmost importance to have location-based information on the current and future distribution of the ageing population.

The starting point for the developments was a recent feasibility study called AgeSpot that was funded by the European Space Agency. In future, AgeSpot will bridge the gap between the users’ needs for information on age-specific, geospatially explicit population distribution and the cost constraints of surveying such data. Such information brings added value for the ageing population market such as health care, safety and security, social, leisure and education, but also for the public and private sector including pharmaceutical and insurance companies as well as companies offering consumer goods. Moreover, it helps to find out where to offer which specific services and to adapt their supply to the local demand depending on the demographic structures of different regions. In developing countries, potential uses can include zoning laws, infrastructure planning or site identification of organisations.

ESRI WhereNext Magazin: How and Where the Population Will Age 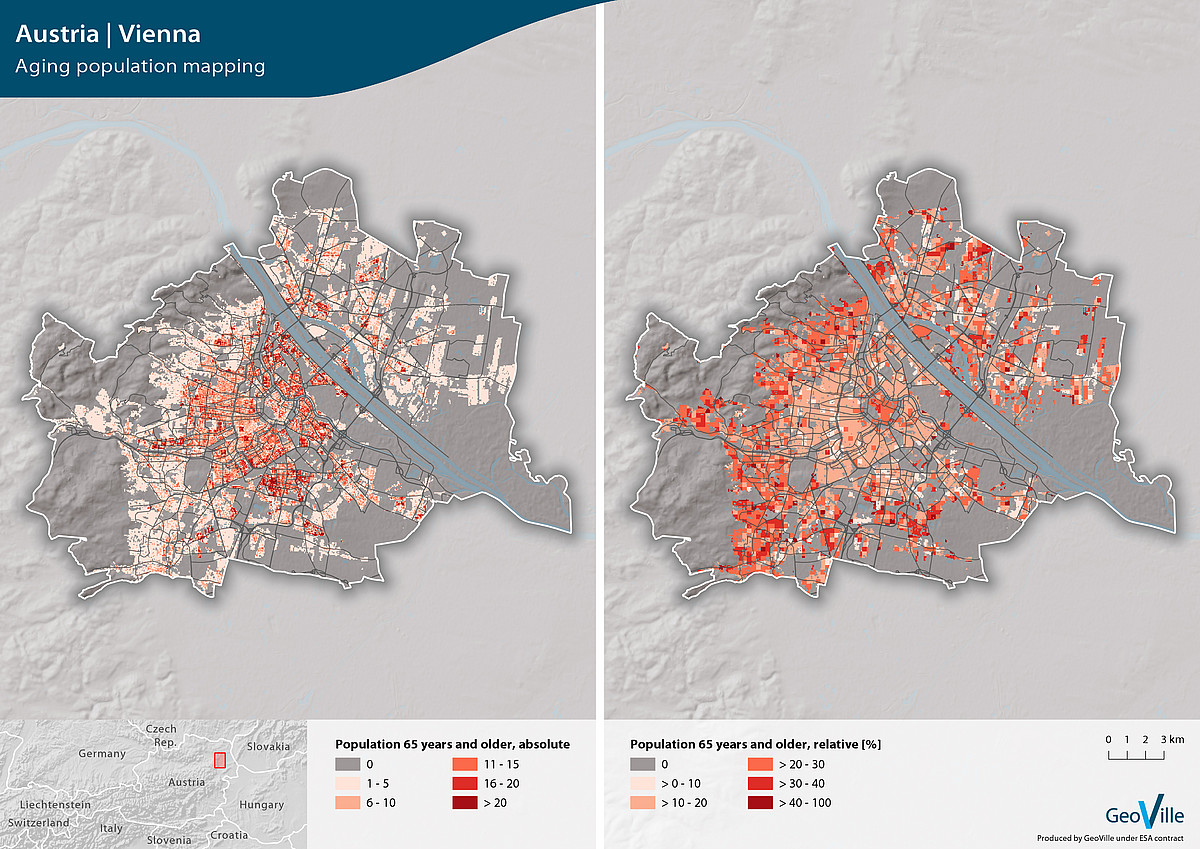