In the continuity of the Austrian flagship project GHG-KIT “Prototyping an EO-enabled kit supporting greenhouse gas reporting, the BREATHE project focuses more specifically on EO-based enhancement and verification of GHG Inventories for forest and biomass in the two countries Austria and Turkey.

Through the EUREKA European Research Funding Program, The Austrian Research Promotion Agency (FFG) has awarded the BREATHE project respectively to GeoVille, as leader of the consortium, and industry partner GlobeTech.

When the Paris Agreement was adopted by the United Nations Framework Convention on Climate Change (UNFCCC) in 2015, all nations agreed to undertake ambitious efforts to combat climate change with the aim to change the global average temperature increase below 2°C. The President of the European Commission Ursula von der Leyen highlighted at the Global Leaders’ Summit (April 2021) that Europe wants to be the first climate-neutral continent in the world and the greenhouse gas emissions shall be reduced by at least 55% by 2030, which will lead to a pathway to net-zero emissions by 2050.

This agreement requires that all nations must report regularly on their national anthropogenic GHG emissions and removals to the EC and UNFCCC.

In 2018, GeoVille was contracted by the Turkish Ministry of Finance (CFCU) to develop and implement the first Land Use Land Use Change and Forestry (LULUCF) Monitoring and Reporting System in Europe for national Turkey. Together with our Turkish partners (incl. GlobeTech) we have developed a satellite-based monitoring system to work against the shortcomings in the estimation of national Activity Data, as well as to facilitate the calculation and reporting of LULUCF emissions and removals.

Due to this successful implementation and the related project heritage of GeoVille and GlobeTech, both companies have the vision for the integration of novel satellite data and atmospheric modelling with LULUCF.

The concept was well received by each of the national ministries and the related public institutions responsible for the National Inventory Report (NIR), i.e., the Federal Ministry of the Republic of Austria – Climate Action, Environment, Energy, Mobility, Innovation and Technology and its Environmental Agency (Umweltbundesamt Austria), the Republic of Turkey – Ministry of Agriculture and Forestry (OGM) and the Ministry of Environment and Urbanization (CSB), as well as the European Environment Agency.

Biomass stands out as one of the major uncertainties in GHG emissions reporting, as it has often been accounted for as “carbon-neutral”, meaning sinks and sources have been calculated as equal, and forest disturbances such as harvest and wildfires are not sufficiently considered and accurately measured.

The objective of BREATHE is to develop a Proof-of-Concept and prototype the first operational EO monitoring and verification services for GHG emissions reporting, to meet the needs of environmental agencies (on a European level) for them to fill the National Inventory Reports in a standardized way and reduce reporting uncertainties. The benefits and applicability of BREATHE are not limited to the public GHG reporting sector, but will also apply to the private sector, namely to forest carbon trading, corporate sustainability reporting and to the voluntary carbon market.

The project has been kicked-off on 6th of December 2022 and the first technical meeting, combined with the first user meeting - which will gather the two GHG National Inventory Report (NIR) providers, namely the Austrian Environment Agency (Umweltbundemsamt) and the Turkish General Directorate of Forestry - will take place in Ankara, Turkey 30th and 31st of January 2023. 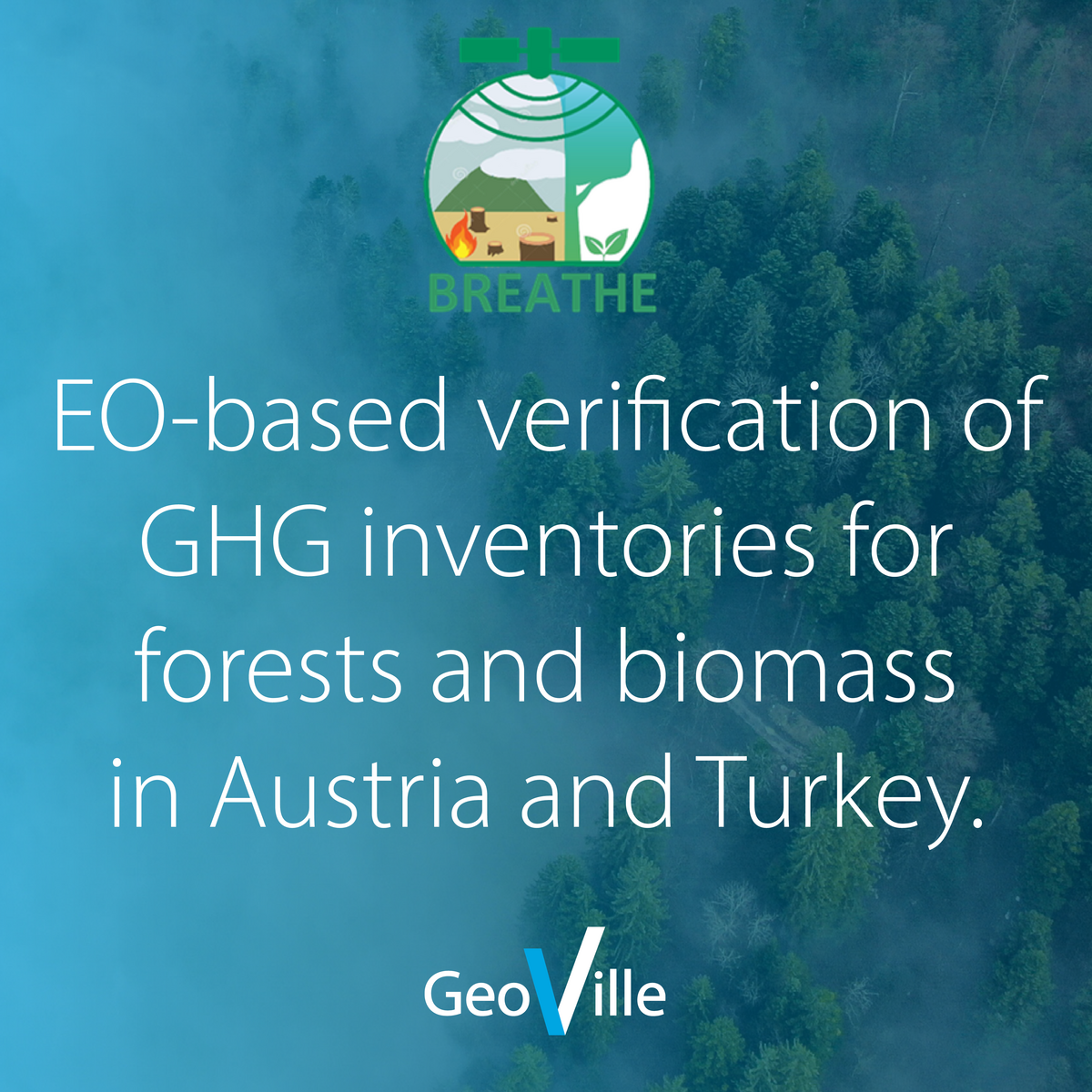